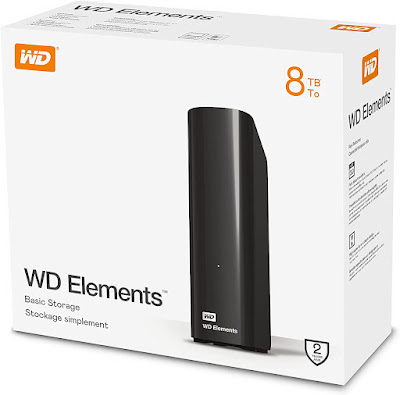 Shucking drives is a good thing to get fairly cheap WD Red or enterprise-grade drives. But that might have changed. I recently bought a Western Digital 8TB Elements Desktop external drive (WDBWLG0080HBK-EESN) from Amazon. After opening the case I found a WD80EMZZ 8TB drive, which was not a total surprise, but the fact that the drive parks it's heads right after 8s of inactivity lead to my decision to send it back. After some testing of the drive I already had over 130 head park cycles. Here are some benchmarks: Atto CrystalDiskMark HDTunePro
Post a Comment
Read more 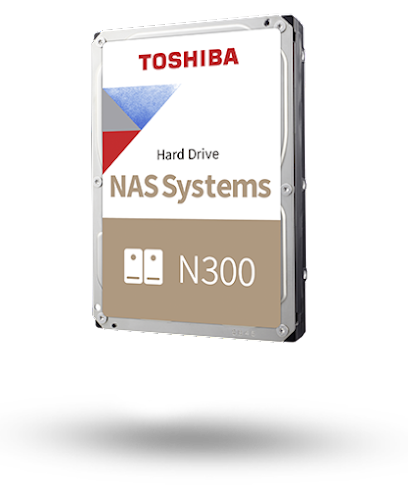 I have been using WD Red 4TB drives since 2013 without any problems so far. These disks are great and very efficient in terms of power consumption, but I found a real alternative at the same price: The Toshiba N300 series . There was an update to the N300 series in 2020 or 2021. First, this is a 7200rpm drive in the price range of a 5400rpm drive with almost the power consumption of a 5400rpm drive. The unrecoverable error rate of 1 per 10^15 bits read (4 TB - 8 TB) is also unusual in this class. But here's a  link to the specs . Benchmarks During all benchmarks and general heavy use in my server the temperatures have not exceeded ~31° C and are also very quiet in operation. All disks have successfully undergone badblocks initial testing and are now in production environment. We will see if they last as long as the WD Reds did.
Post a Comment
Read more 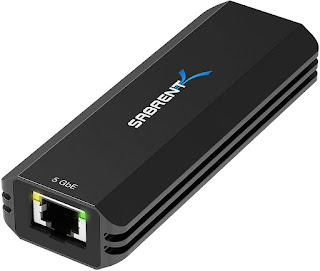 This is a review about the  Sabrent USB 5-Gigabit Ethernet Adapter NT-SS5G. This review only covers my experience with macOS. Summary: Does NOT work on Apple M1 hardware (yet), no arm64e support Does work with Apple Intel hardware. Also needs SIP off which might/should be a dealbreaker for some/most users!  Due to the USB 3.1 Gen1 interface speed is limited to ~3.5Gbit!  Based on AQC111U chipset by Marvell/ Aquantia I recently ordered this adapter on amazon to get faster ethernet connection to my TrueNAS server which is on a 10Gbit network. Unfortunately it is not really working with macOS Big Sur. I planned to use this dongle with my 2018 13" MacBook Pro and a new Mac mini M1, both running on the latest macOS Big Sur 11.1. On the Mac mini M1 this dongle barely works at almost 1Gbit, actually it is just about 740Mbit. So that is useless because you got 1Gbit ethernet built-in and there are other cheap and actually working 1Gbit adapters if you need a second NIC. On my 2018 13"
Post a Comment
Read more 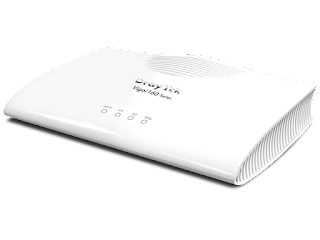 This is a short review about the DrayTek Vigor165 VDSL2 35b Supervectoring Modem/Router. The Vigor165 is a VDSL2 35b supervectoring modem/router. This model has one RJ-45 port for the WAN connection and 2 Gigabit Ethernet ports for LAN, delivering VDSL download speeds up to 300 Mbps. The Vigor165 is router or bridge configurable, which means you can use it as a normal router or, like I do, as a bridge modem in front of another router/firewall. In the latter case you could use a reasonable router/firewall such as pfSense. Maybe to get rid of your crappy provider router like the AVM FRITZ!Box... 😆 I originally bought the Allnet VDSL Bridge Modem ALL-BM200VDSL2V, which I reviewed here . But for the reasons described in that review (no true 100mbit support) I sold it on eBay and bought the DrayTek Vigor165. The Vigor165 is capable of the typical  Supervectoring  VDSL connection you rent from Telekom, 1&1 and other providers in Germany. So you will be able to fully utilize a DSL250 lin
Post a Comment
Read more

If you read into pfSense and hardware it supports, you will stumble over users reporting that Realtek ethernet hardware is not very well supported and can be buggy or slow. I had the same experience with my MiniPC I bought from China, read the review   here . But I found a solution that was easy to setup and really works well. This is the post I’m referring to: https://forum.netgate.com/topic/135850/official-realtek-driver-binary-1-95-for-2-4-4-release How to: download the driver here upload driver into pfSense. I use Cyberduck to SSH into pfSense. Unzip & Place “if_re.ko” file at “/boot/kernel” Change ownership and permissions on the if_re.ko file cd /boot/kernel chown root:wheel if_re.ko chmod 0555 if_re.ko Then edit “/boot/loader.conf”. You will need to use the vi editor, since the nano editor, which I think is much easier to use, is not installed.: vi /boot/loader.conf add the following line to the end: if_re_load=“YES” Reboot. Then go to  diagnostics  >  command prompt  in
Post a Comment
Read more 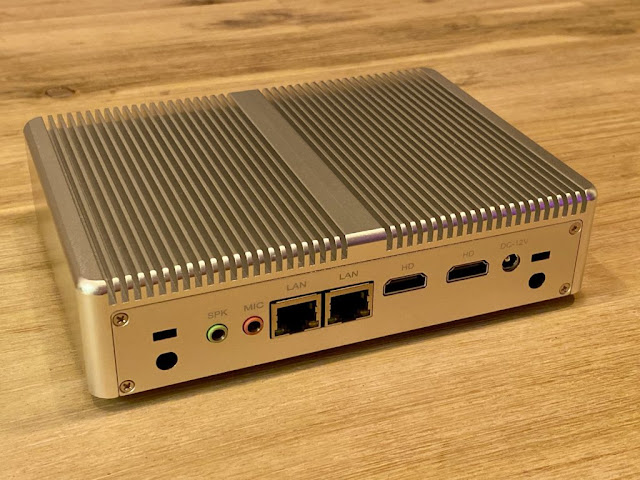 I bought a cheap   fanless Topton  MiniPC  from Aliexpress to set up a spare pfSense firewall, in case my pfSense VM is not running. The price was around 85€ including free shipping. The thing finally arrived after 6 weeks, but packaging was still ok and nothing damaged. The MiniPC I ordered did not come with SSD or RAM. You can configure it to include RAM and/or SSD, but you don’t know what they put into it until you received the package. I equipped the PC with 4GB of DDR3L 1600MHz SO-Dimm RAM. 2GB or even 1GB will be enough for most private use cases with pfSense, but since these memory modules are cheap… The 4GB RAM module I bought was around 18€. For storage I decided to use a Transcend MSata SSD 16GB ultradurable MLC NAND Flash. 16GB is plenty of space for pfSense, 8GB would also be fine. But the stuff is cheap, 21€. You can also use a SATA-DOM, there’s an onboard SATA and power connector. Installation of pfSense is simple. Just flash the downloaded image on a USB stick and boot i
Post a Comment
Read more 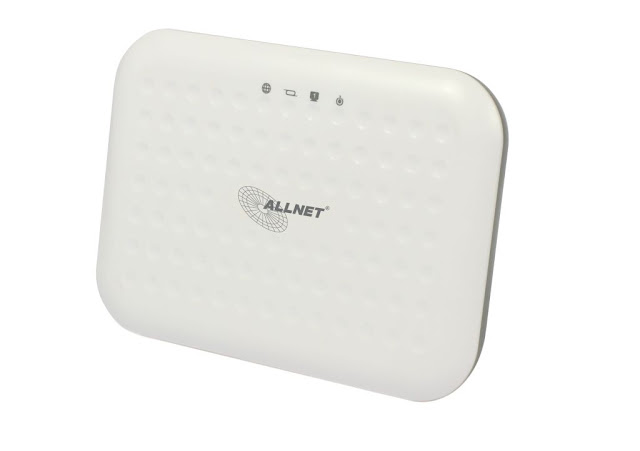 This is a review of the Allnet VDSL Bridge Modem ALL-BM200VDSL2V. I would like to share my experience, because I think it has some flaws, that makes it not very useful with VDSL lines with bandwidth over 80mbit. In my case the modem was connected to a german DSL line (1&1 over Telekom) that is capable of around 115mbit download and 40mbit upload. So why the problem? If you look at the specs, you can see that the LAN connection is a 100Mbit port: Features: 1x RJ-45 10/100Mbps LAN Supports G.993.5 Vectoring Interoperable with major VDSL2 chipsets Supports up to VDSL2 profie 30a Supports up to 100 Mbps symmetric Looks good so far, but unfortunately my bandwidth is capped at about 85mbit download speed. I assume, that this is due to the 100mbit Ethernet LAN port. So I just bought a DrayTek Vigor 165 Supervectoring/VDSL2/ADSL2+ Modem. This one has a gigabit LAN port, actually has two. Now I get the full 100mbit that I pay for. Read a review about the DrayTek here . Nevertheless both mod
Post a Comment
Read more
More posts